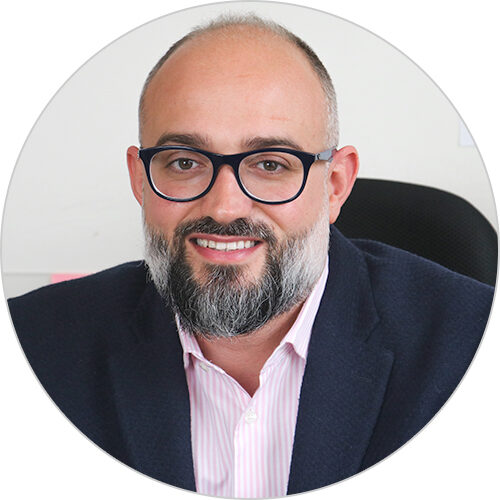 Bilal Al Ayoubi is the Task Order 2 director of USAID’s Lebanon Community Support Program (CSP). He previously served as the senior program development specialist on the Chemonics-implemented Lebanon Civic Support Initiative and as senior transition advisor for the Yemen Stabilization Initiative with Development Transformations, both projects funded by USAID’s Office of Transition Initiatives between 2009 and 2017. Before joining CSP, Bilal worked as a freelance consultant for many international organizations including the United Nations Development Programme, Institute for Strategic Dialogue, Oxfam, International Organization for Migration, and Social Impact. Bilal has more than fourteen years of experience designing and implementing programs focusing on peace, stability, political transition, local governance, and service delivery in the Middle East. He began his career working for the UN Resident Coordinator Office in Lebanon on post-conflict programs. Bilal holds a Master’s in Business Administration and Bachelor of Economics from the Lebanese American University and a certificate in NGO Management from the School of Oriental and African Studies.

On August 4, 2020, some 2,750 tons of ammonium nitrate that had been stored for years at the Port of Beirut exploded, emitting a mushroom cloud of pink and yellow smoke. People felt the material impact up to 100 miles away. The death toll on the second day of the explosion exceeded 100 residents, and…

Prepared by Bilal Al Ayoubi, the “Roadmap to Reconciliation in Tripoli,” (RRT) project is a grassroots initiative that aims at launching a transitional justice route through understanding the public perceptions in Tripoli about reconciliation as well as
people’s readiness and willingness to engage in a communal reconciliation process once launched.

Aarsal and its Surrounding Villages A New Dawn

Written by Bilal Al Ayoubi, this report sheds light on the area of Aarsal and its surrounding villages after several major milestones have been marked that influenced the situation, dynamics, relationships, and social stability.

The Day After Tomorrow Understanding Perceptions on Aid Dependency: The Cases of Saadnayel and Wadi Khaled

This report examines the cases of Wadi Khaled cluster in Akkar and Saadnayel in the Bekaa to understand the perceptions on the preparedness of local authorities, local and international organizations, and donors for an exit strategy and seizing the funds. It also aims to highlight potential conflict triggers in the cases of protracted stay or return of refugees while funding halts.

This report explores the perceptions of refugees, host communities and other stakeholders regarding mixed marriages between members of Lebanese and Syrian communities in Lebanon.

More specifically, the study focuses on the village of Tleil in Akkar and the neighbourhood of Qobbe in Tripoli based on reports which cite intermarriage in these areas.

Through these reports written by Bilal Al Ayoubi, UNDP is aiming at providing quality analysis to LCRP Partners on the evolution
of local dynamics, highlighting how local and structural issues have impacted and interacted with the
consequences of the Syrian crisis in Lebanon.

The research for this report studied the pre-electoral situation in both Saida and Jezzine to assess local dynamics and how the parliamentary elections could affect them. It provides a qualitative analysis based on the information from the Key Informants interviewed and Focus Group Discussions.