Webinar: What is the Price of Peace? Voices of Afghan Women .

Webinar: What is the Price of Peace? Voices of Afghan Women

As peace negotiations with the Taliban begin, the stakes are high for Afghan women. The wrong deal could unravel years of progress and leave women without a voice in their society.

Dr. Susanne Jalbert on the Price of Peace for Afghan Women

As peace negotiations continue with the Taliban in Afghanistan, the stakes could not be higher for Afghan women. The wrong deal could unravel years of progress and leave women without a voice in their own society.

Over the last decade, the role of women in Afghanistan has improved significantly. As peace negotiations with the Taliban begin, the stakes are high for Afghan women. The wrong deal could unravel years of progress and leave women without a voice in their society.

Afghan women are simultaneously filled with excitement and fear at the prospect of peace. They are eager because peace means the end to four decades of conflict and violence. They are terrified because the cost of peace with the Taliban may be the swift erosion of many of the gains women have made in Afghan society in the last two decades. The country has changed in many positive ways. Where once women were not permitted to work outside the home, today it’s not only permitted it is supported by most women and men in the country.

This important event featured prominent Afghan women, including two members of the Afghanistan peace negotiators team, a former Afghan prosecutor and activist, and a member of the High Council for National Reconciliation. Hear from them why they believe that 30 percent female representation on the negotiation team will ensure their voices are heard and, hopefully, result in a peace agreement that includes clear verifiable assurances that women will not only maintain the gains they’ve enjoyed these last several years but will achieve further gains through an inclusive, durable peace. 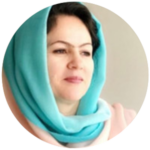 Fawzia Koofi, Member of Afghanistan Peace Negotiators Team, President of the Movement for Change
Fawzia Koofi is a former member of Afghanistan parliament, an accomplished author, and internationally known outspoken advocate for the rights of women and children, democracy, and moderate Islam. She was the first female in the Afghan parliament to be elected as Second Deputy Speaker, and she headed the parliament’s Women Affairs Commission. Not only has Koofi humanized the otherwise faceless international discussion of the struggles and abuse of Afghan women, she is on the forefront of educating the international community as to the consequences for her, and other advocates of reform should the international community and their security forces be withdrawn. 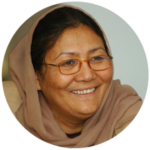 Dr. Habiba Sarabi, Member of Afghanistan Peace Negotiators Team, Former Governor of Bamyan
Dr. Habiba Sarabi is a hematologist, politician, and reformer of the post-Taliban reconstruction of Afghanistan. In 2005, she was appointed as Governor of Bamyan Province by President Hamid Karzai, making her the first Afghan woman to become a governor of any province in the country. She previously served as Afghanistan’s Minister of Women’s Affairs as well as Minister of Culture and Education. Sarabi has been instrumental in promoting women’s rights and representation and environment issues. During the Taliban rule in Afghanistan, Dr. Sarabi and her children fled to Pakistan, but returned frequently in secret. She also worked underground as a teacher for girls, both secretly in Afghanistan and in refugee camps in Pakistan for Afghan refugees. In 1998, she joined the Afghan Institute of Learning and eventually became the General Manager of the entire organization. She was also the Vice President of Humanitarian Assistance for the Women and Children of Afghanistan. On March 8, 2018, International Women’s Day, she delivered a statement to the UN Security Council during the Open Debate on the United Nations Mission in Afghanistan. 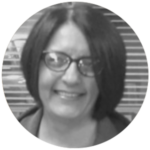 Judge Najla Ayoubi, Global Director of Everywoman Treaty, Former Afghan Prosecutor, Peace Activist
Najla Ayoubi is a civil society and women/human rights activist, a lawyer, and former judge with extensive experience in judiciary, elections, human rights and women’s empowerment. She served as a Legal Advisor for the State Ministry of Parliamentary Affairs of Afghanistan, Commissioner at the Independent Election Commission of Afghanistan and Commissioner of Joint Electoral Management Body. She was the senior state attorney at the Attorney General Office of Afghanistan, state attorney of the Parwan province, and judge at the Parwan Provincial Court. Judge Ayoubi played a significant role in the constitution-making process of Afghanistan. She has also served as a board member for numerous organizations including the Open Society Afghanistan, the Afghan Women’s Network and the Afghanistan Institute for Civil Society. Judge Ayoubi was selected as both a 2015 Peacemaker at the Kroc Institute for Peace and Justice at the University of San Diego and a 2017 Visiting Fellow at the University of Chicago Institute of Politics. Judge Ayoubi holds two MA degrees: one in Law and Politics from the State University of Tajikistan and another in Post-war Recovery and Development Studies from York University in the United Kingdom. 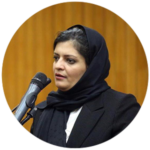 Zarqa Yaftali, Member of the High Council for National Reconciliation, Director of Women & Children Legal Research Foundation
Zarqa Yaftali supports efforts for the inclusion of women in decision making at a national level. Currently serving as the Executive Director for the Women and Children Legal Research Foundation (WCLRF), Zarqa Yaftali also serves on the boards of the Women’s Regional Network (WRN), the Gender Advisory Board, and the Afghanistan Constitutional Network. Her research is a call on the urgency of discrimination and violence against women and girls. Works such as ‘Early Marriage in Afghanistan’ (2008) and ‘Women Right to Heritage and Property’ (2011) provide evidence-based research highlighting the day-to-day challenges women face in Afghanistan. Zarqa Yaftali previously served as a board member for Afghan Women’s Network (AWN) and is currently the chair of Advocacy for Approval of Family Law, the Sexual Harassment Advocacy Group, and co-chair of the Child Protection Action Network (CPAN). 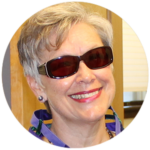 Dr. Susanne E. Jalbert, Senior Technical Advisor, Chemonics’ Syria, Iraq, Yemen, and Afghanistan Business Unit
Dr. Susanne E. Jalbert is a gender equity advocate, economic development activist, and a women’s rights political strategist with more than 25 years of experience. She currently serves as a director in Chemonics’ Syria, Iraq, Yemen, and Afghanistan region, and previously served as chief of party on the USAID Promote: Women in Government (WIG) project. As a veteran global activist, Dr. Jalbert has employed economic development as an essential tool towards a more equitable and safe life. Living at the nexus of conflict and development by working with USAID, she has served as a diplomat in Afghanistan, Herat Consulate, business services director in Iraq, and senior advisor in developing, transitioning, and conflicting economies. Dr. Jalbert also determines, directs, and designs strategic policy models at the national, regional, and international level for economic escalation for the equitable inclusion of women into growing economies. To date, she has assisted on more than 90 assignments in 50 countries across four continents. Dr. Jalbert holds a master’s and Ph.D. in education and human resources from Colorado State University and a B.A. in management from St. Mary’s College in Moraga, California. 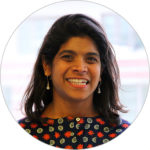 Catherine Kannam, Senior Vice President, Chemonics’ Syria, Iraq, Yemen, and Afghanistan Business Unit
Catherine Kannam is the senior vice president (SVP) for Chemonics’ Syria, Iraq, Yemen, and Afghanistan region as well as the SVP for Chemonics’ Gender, Equality, and Social Inclusion technical practice. In addition, she brings years of experience in local economic development, municipal governance, private sector engagement, and gender issues. Ms. Kannam joined Chemonics in 2010 and has extensive experience in Asia and the Middle East, serving as the director of the Regional Agricultural Development Program – South (RADP-S) as well as the director and deputy chief of party for the Regional Afghan Municipalities Program for Urban Populations (RAMP UP)– South in Afghanistan. While at the International Foundation for Electoral Systems, she focused on Afghanistan election programming. Ms. Kannam began her international development career in New Delhi, India. She holds a master’s degree in South Asia studies and international economics from Johns Hopkins University, SAIS and a bachelor’s degree from the College of Social Studies at Wesleyan University.